Dr. Stoppelbein received her PhD in clinical psychology from the University of Alabama where she graduated magna cum laude with a sub-specialization within the area of child/adolescent and pediatric psychology. She went on to complete her internship at the University of Mississippi Medical Center (UMMC) in Jackson, MS. From 2003 to 2010, Dr. Stoppelbein worked at UMMC as an Associate Professor where she maintained an active research line within the area of developmental psychopathology and was responsible for the clinical and research supervision of medical and psychology residents and post-doctoral fellows. During this time, Dr. Stoppelbein also served as the Clinical Director of the Batson Psychiatric Unit for Children where she was responsible for coordinating clinical care for the children admitted to the unit.

In 2011, Dr. Stoppelbein began working at Glenwood Autism and Behavioral Health as a Licensed Clinical Psychologist with a joint appointment as an Associate Professor in the Department of Psychology at the University of Alabama at Birmingham (UAB). In 2013, she accepted the position as Director of Outpatient Services and in 2015 she accepted the position as Vice President of Clinical Services at Glenwood while also retaining her position at UAB.  In her role as Vice President at Glenwood, she has supervised a staff of psychologists, psychiatrists, licensed therapists and students in the Medical/Clinical Psychology program at UAB as well as also providing direct clinical service.

She was pleased to begin her tenure at the UA-ASD Clinic in the Department of Psychology as the Clinic Director in 2019.  Dr. Stoppelbein is excited for this opportunity as it will allow her to continue work in the area of child psychopathology and allow her to maintain her career-long commitment to the merging of academic training and research with applied clinical work.  She plans to continues to conduct applied clinical research within the area of child and adolescent adjustment and has over 5 dozen peer-reviewed publications on topics such as trauma responses in children and families, aggression, impulsivity, and is completing a number of projects on understanding comorbid internalizing and externalizing problems found among children with an Autism Spectrum Disorder. 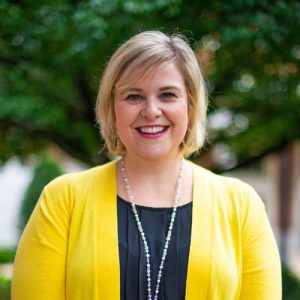 Ms. Baggett is a Clinical Supervisor and Speech-Language Pathologist at the UA-ASD Clinic. She received her Masters of Science degree in speech-language pathology in 2008 from The University of Alabama. Ms. Baggett worked in the Tuscaloosa City School System for 6 years. In addition to her role as a Speech-Language Pathologist, she served as her school’s Special Education Lead Teacher for three years. Ms. Baggett began working in the UA ASD Clinic in 2014.

She is also an instructor in the Department of Communicative Disorders at The University of Alabama and was the Interim UA-ASD Clinic Director in 2018. 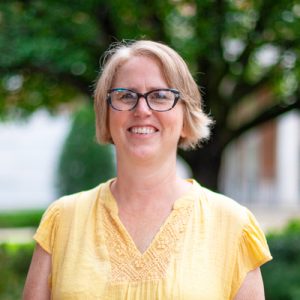 Currently, she is the UA-ASD Clinic’s Coordinator and has been since 2016.  In her role as Coordinator, Ms. Kofman provides support to clinicians, students and clients.